UiO Faculty of Humanities Center for Multilingualism in Society across the Lifespan
Main navigation
Back to uio.no
Sub navigation Menu
Projects > Postdoctoral projects > Valantis Fyndanis
Norwegian version of this page

Language and cognitive abilities in bilingual and multilingual healthy aging: Evidence from Norway. 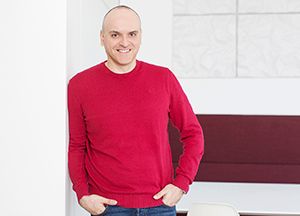 Against the above background, this project focuses on linguistic and cognitive abilities, including memory and executive functions, in bilingual and multilingual healthy aging. It has three main goals:

All the participants will have Norwegian as their L1 and English as L2. Multilingual participants will have any language as L3. The investigation of cognitive abilities will focus on verbal working memory capacity, semantic memory integrity, processing speed, and executive functions. At the linguistic level, the study will explore the morphosyntactic, syntactic, and lexical abilities of the participants, in both production and comprehension. Off-line and on-line experimental methods will be used.