UiO Faculty of Humanities Center for Multilingualism in Society across the Lifespan
Main navigation
Back to uio.no
Sub navigation Menu
Projects > Postdoctoral projects > James Costa
Norwegian version of this page

James Costa worked as a postdoctoral research fellow at MultiLing 2013–2015. 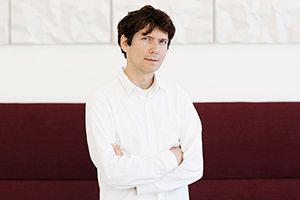 This research within the STANDARDS project (dir. Pia Lane) will look at both Scots and Gaelic in Scotland and will seek to investigate how issues of minority language standards are dealt with in a country that is officially aspiring for independence (from the United Kingdom) and where issues of national identity are instrumental in achieving this. While issues of language are traditionally thought to play little role in the shaping of Scotland as a nation, this can be disputed.

The main questions I ask are therefore:

Those questions are now all at the centre of language standardisation as a social process in all parts of the world, but the possibility to investigate them in Scotland (through ethnographic fieldwork in Edinburgh, Skye and Shetlands) affords us an exceptional opportunity to analyse the interplay between ideologies pertaining to two minority languages and to a world language, English, at a unique historical moment. This particular conjunction will help shed light on and gain an understanding of the processes involved not only in Scotland and the United Kingdom but also throughout Europe and beyond.