See also my personal website, which contains preprints of most of my published articles.

My article "Generality explained", on which I have been working, on and off, since 2016, has been accepted for publication in Journal of Philosophy.

Infinity & Intensionality: Towards a New Synthesis (funded by RCN, 2021 - 24) started in August 2021, with Laura Crosilla as a researcher and Neil Barton as a postdoc.

The Many and the One: A Philosophical Study of Plural Logic (with S. Florio) has just been published by OUP. As Open Access, it is freely available from their website. 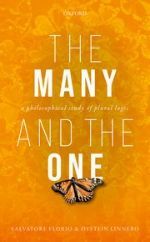