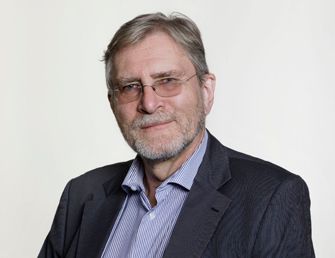 Studies in literature and philosophy at Brandeis University, Mass. USA. 1964-65.

Research assistant and research fellow in The Department of Comparative Literature University of Oslo 1972-1980.

Lecturer and later Senior Lecturer in The Department of Nordic Literature and Languages. UofO.1980-87.

Professor in The Department of Media and Communication. UofO. from 1987- .

Head of Department in two periods.

Member of the Faculty Board of Faculty of Humanities

Member of the faculty board of The Faculty of Arts, University of Oslo during several periods,.

Member of several committees in the Norwegian Research Council.

Reporter and editor with Norwegian radio and television on a free-lance basis.

Editor and reader with Norwegian publishers.

Member of the board for Oslo Regional College for Higher Education (Høgskolen i Oslo) 1994 – 2000.

Member of the Government Commission on Freedom of Expression  (Ytringsfrihetskommisjonen) 1996- 1999.

Deputy Chairman of the Board of Centre for Environment and Development Research, (Senter for utvikling og miljø) University of Oslo:  1990 - 2000

Chairman of the Board of the Ibsen Centre (Senter for Ibsenstudier), University of Oslo 1997 – 2009.

Chairman of the Board of the Norwegian Reprographic Rights Organisations, Kopinor, 1998 - 2010.

Member of the Council and Board for the Norwegian Literature Festival (Norsk litteraturfestival) 1997 – 2014.

Chairman of  Government Advisory Council on Results in Development Policies (Rådgivender utvalg for resultater i utviklingspolitikken) 2001 – 2003.

Chairman of the Board of NORCODE (Norwegian Copyright Development Organisation) 2011 –

Evaluations and consultancies undertaken for NORAD, Danida, UNDP; UNESCO, and other agencies in the areas of:

The Voice of China in Africa – Media and Soft Power. (http://www.cmi.no/research/project/?1686=voice-of-china), Between Ink and Hyperlink. European Publishing. (With Tore Slaatta)