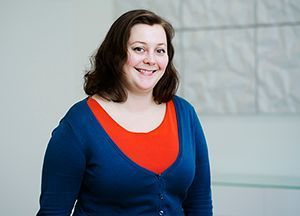 Appropriate lexical access is a question of finding a word (or multi-word unit) in the mental lexicon that matches the intended concept in a specific context. Neurological diseases may lead to problems with word retrieval, and, by consequence, communicative challenges.

This project investigates lexical access among L2 speakers of Norwegian diagnosed with dementia. It takes a usage-based approach (Bybee 2010) and asks if these individuals' word retrieval is influenced by word class, word length, frequency of use, imageability, age of acquisition, phonological and/or semantic similarities between words (within and across a speaker’s languages), language dominance and proficiency. Methodological triangulation will be used to address whether lexical access is similarly compromised across different speech contexts. Data will be gathered by means of:

Different languages are assessed in separate sessions, typically with 1-3 weeks in between. Lexical choices will be analysed both quantitatively and qualitatively. Psycholinguistic properties will be extracted from databases such as the MRC Psycholinguistic Database (Coltheart 1981) and Norwegian words (Lind et al. 2015); the latter will be expanded and updated in connection with the project.

Bøyum (2016). A New Word Association Test for Norwegian: Implications for theories on the mental lexicon, and on language and ageing. MA thesis, University of Oslo.