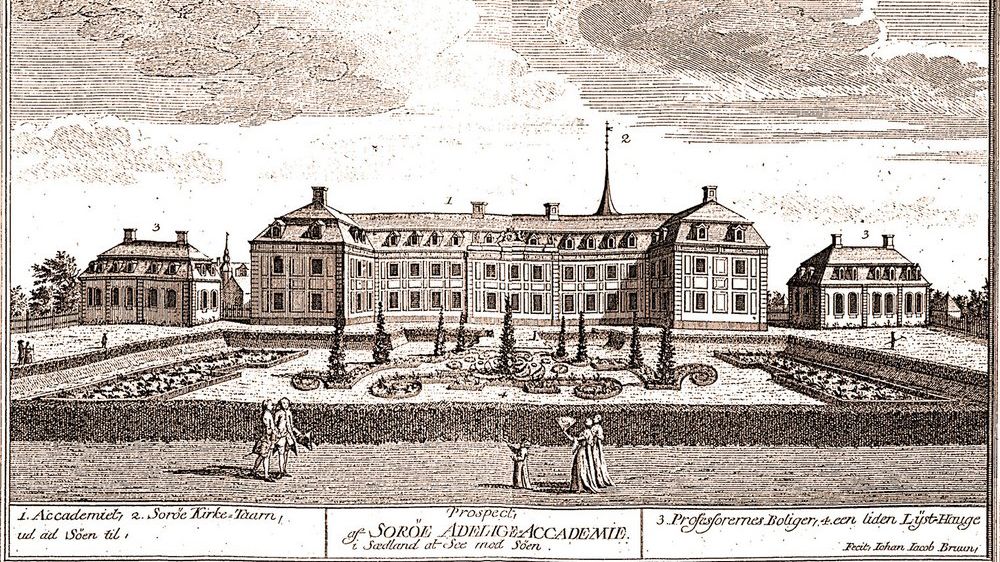 Sorø Academy was one of the centers of the Enlightenment in Denmark-Norway. Illustration from Johann Jacob Bruun, Denmark's Kiøbstæder and Castles, Copenhagen, 1799.

Particular areas of interest are:

The era of the Enlightenment is closely associated with enlightened philosophers, such as Voltaire, David Hume and Immanuel Kant. Internationally today, these philosophers are often invoked in public debates over free speech, the climate crisis and economic inequalities.

As a historical movement of intellectuals and ideas, the Enlightenment has become a conflict zone. Yet, this political use of history mirrors the fact that it is the Enlightenment in France, in Scotland and perhaps in Germany, that is most well-known. The Enlightenment is understood as a small band of philosophers living in Paris or other European metropolises. Figures from the European periphery is seldom seen in these discussions.

The research group organizes monthly seminars with presentations by members as well as by invited speakers. If you are interested in presenting, please contact Håkon Evju at hakon.evju@ifikk.uio.no.